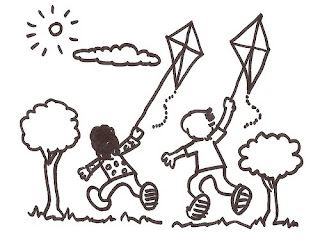 The imam paused and surveyed the interior of the mosque before entering. It looked like the whole village had turned out to hear him. Ramadan was approaching and he had been invited to come and clear up a problem. Students returning from different Islamic schools in the cities had brought back different conflicting information and had created a storm that had divided everyone.
It was the dispute on the lips of everyone in the village and arguments were said to flare up whenever a group would meet, whether in the fields or in the shops or while visiting each other for coffee in the evenings. It had so taken hold of the village that people had time for nothing else. A hole in the roof of the mosque had remained unrepaired for months. The children were getting into trouble, as their parents neglected them for the "important" work of disputing with their neighbors. Students were neglecting their studies. Now the whole village was crowding in to hear the guest speaker about the biggest problem in their history!
Several young men sat together on one side of the room with notebooks and papers. A similar group – the opposing party, sat together on the other side. After opening with du'a, the imam asked his audience, "Do you have any specific aspects of Ramadan that you want me to address?"
A man from one side spoke up, "We have always prayed eight raka for tarawih prayers in our mosque here. Everyone agreed. I studied at school and learned the opinion of scholars." He held up a bunch of papers. "The scholars agree that it is the sunnah of the Prophet. Some other people have come recently to say no, we are all wrong. We must pray 20 raka to follow the sunnah. They are hardheaded and insist on nonsense."
"It's not nonsense!" called out another man from the other corner of the room. "The opinion of the best scholars is clear. Tarawih is 20 rakah. We have studied in the best school in the country and only seek to bring better Islamic education to our homes. Some people are so set in old habits, they refuse to see the truth." This man also held out his papers, his proof of scholarly opinion.
The atmosphere was very tense. All eyes were on the imam. "Let's see what the scholars have said here," he said calmly. "Do they agree that tarawih prayers are sunnah, highly commendable but not an obligation?"
"Yes", everyone nodded in agreement.
"We seek to please Allah by following the sunnah, the example of the Prophet Muhammad, as closely as possible," "added an old man in the front row.
"That is very commendable," said the imam. "All of the scholars agree that these prayers can be prayed at home as well as in the mosque, do they not?" he continued.
"Yes," everyone nodded. "But there is more reward in praying in congregation," called out someone from the back.
"Then we can resolve this problem simply."
At these words the people startled and quickly looked at one another. They had come out prepared for a big fight, not for a simple solution in one minute. Many had an opinion or an argument ready to throw into the dispute.
"Everyone should pray the tarawih at home this Ramadan. Each one pray as you see fit, 8 or 20 raka. There are good pious scholars to support each opinion, and Allah alone knows the truth. But all Islamic scholars agree that unity among Muslims is fard (an obligation). You are breaking a fard to fulfill a sunnah."
The two sides eyed each other sheepishly. A calm descended on the room. How easy it is to get involved in all the details of life and to miss the more important larger view.
For several weeks into Ramadan the villagers were very careful not to mention their past dispute. Families saw more of each other praying because they were praying tarawih at home together and because they weren't out engaged in any more of the meetings about the problem that had been so popular. Life seemed a bit empty though. The dispute had provided something interesting in a boring little village.
Allah blesses those who do something for Him, and so He sent a blessing for this village that was trying so hard to live in peace. Little Ranya got the first one. Her father took her out a few days before Eid to test the flying ability of the bright green and pink kite he had made her. Ali got one next, as his older brother helped him make another kite.
By Eid the whole village was participating in kite flying or making or designing. Some were made for beauty. Some were made to test design techniques for flying ability. Some were made to make the biggest or the highest flying. Families were working together. Neighbors were sharing tips on improved styles. Everyone was enjoying the fun.
And obey Allah and His Messenger and don't fall into disputes so you don't lose heart and your power departs. (8:46)
Questions:  Do you actually see disputes like this in your mosque?  How about your family or community?  Can you imagine a situation when you could use the technique of the visiting imam?  To settle a dispute between adults?  Between children?  Have you used it?
Posted by Muslim Grandma at 10:38 AM